Bing Predicts Gets the Vote 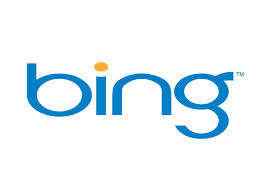 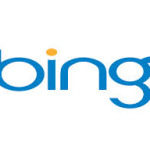 Now, Bing is the Thing
Correctly forecasting a vote for independence in Scotland, the Microsoft Bing Predicts engine did just that. Bing zinged it. Companies who do business with Scotland were watching, and Bing delivered the statistics predicting the mood and outcome of the election within a margin of 2%. A click changed the way political analysts will do business in the future.

How Does ‘Bing Predicts’ Do that Voodoo that it Does?
Beta testing. Bing Predicts was tested in the U.K. before the referendum vote was conducted. Using machine-learned models “Predicts” analyzed and detected the direction and sentiment the election was taking. Accurately pinpointing the concerns of citizens and businesses both local and worldwide regarding the alliances that would be directly affected by the secession.

In the process of collecting data, Bing Predict was able to determine the following top concerns by compiling the information gathered on internet search questions once secession began to trend.

A Complicated Process
According to Microsoft Bing, election predictions are not as simple as reality TV. “The key differences are that individuals are more likely to freely share their true opinion on their favorite American Idol contestant rather than their political views on public forums such as Twitter and eligible voters didn’t perfectly overlap with users of the web…” said a Bing representative during an interview.

Accurate or Opinion Biased Data
Are specific, and real statistics gathered or is it merely the opinion of an expert data engineering team hiding behind a marketplace search insights tool? A recent article described the process, “For the prediction, the sentiment detector started with the trends and view determined from web and social media data, and then adjust for biases, trying to understand the fundamental opinion expressed by a population that closely represents the actual voters,” said Bing. “Algorithmically, we detected terms that were pro-independence and compared the aggregate view with phrases that were pro-union to arrive at a prediction of whether a referendum would have a ‘yes’ or ‘no’ vote,” said a Bing representative.

During the days and months before the election the sentiment detector and it’s engineering team worked tirelessly to collect data. Functioning the same way as a focus group, it conducted a country and worldwide information-gathering project, busily compiling and analyzing data as far back as six months ago, working to update “the prediction” based on the information it gathered.

Political Analysis, Now Connected
Big data analysis will never be the same after Bing Predicts nailed the Scottish referendum vote. Furthermore, all over the world, political analysts can collect statistics for the vote carefully and specifically.